The coupon code you entered is expired or invalid, but the course is still available!

There are so many questions when it comes to implementing a programming language!

The problem with “compiler classes” in school is such classes are usually presented as some “hardcore rocket science” which is only for advanced engineers.

Moreover, classic compiler books start from the least significant topic, such as Lexical analysis, going straight down to the theoretical aspects of formal grammars. And by the time of implementing the first Tokenizer module, students simply lose an interest to the topic, not having a chance to actually start implementing a programing language itself. And all this is spread to a whole semester of messing with tokenizers and BNF grammars, without understanding an actual semantics of programming languages.

I believe we should be able to build and understand a full programming language semantics, end-to-end, in 4-6 hours — with a content going straight to the point, showed in live coding sessions as pair-programming and described in a comprehensible way.

In the Building a Virtual Machine class we focus specifically on runtime semantics, and build a stack-based VM for a programming language very similar to JavaScript or Python. Working closely with the bytecode level you will understand how lower-level interpretation works in production VMs today.

Implementing a programing language would also make your practical level in other programming languages more professional.

There are two prerequisites for this class.

The Building a Virtual Machine course is a natural extension for the previous class — Building an Interpreter from scratch (aka Essentials of Interpretation), where we build also a full programming language, but at a higher, AST-level. Unless you already have understanding of how programming languages work at this level, i.e. what eval, a closure, a scope chain, environments, and other constructs are — you have to take the interpreters class as a prerequisite.

Also, going to lower (bytecode) level where production VMs live, we need to have basic C++ experience. This class however is not about C++, so we use just very basic (and transferrable) to other languages constructs.

Watch the introduction video for the details.

Who this class is for?

This class is for any curious engineer, who would like to gain skills of building complex systems (and building a programming language is an advanced engineering task!), and obtain a transferable knowledge for building such systems.

If you are interested specifically in compilers, bytecode interpreters, virtual machines, and source code transformation, then this class is also for you.

What is used for implementation?

Since lower-level VMs are about performance, they are usually implemented in a low-level language such as C or C++. This is exactly what we use as well, however mainly basic features from C++, not distracting to C++ specifics. The code should be easily convertible and portable to any other language, e.g. to Rust or even higher-level languages such as JavaScript — leveraging typed arrays to mimic memory concept. Using C++ also makes it easier implementing further JIT-compiler.

Note: we want our students to actually follow, understand and implement every detail of the VM themselves, instead of just copy-pasting from final solution. Even though the full source code for the language is presented in the video lectures, the code repository for the project contains /* Implement here */ assignments, which students have to solve.

What’s specific in this class? 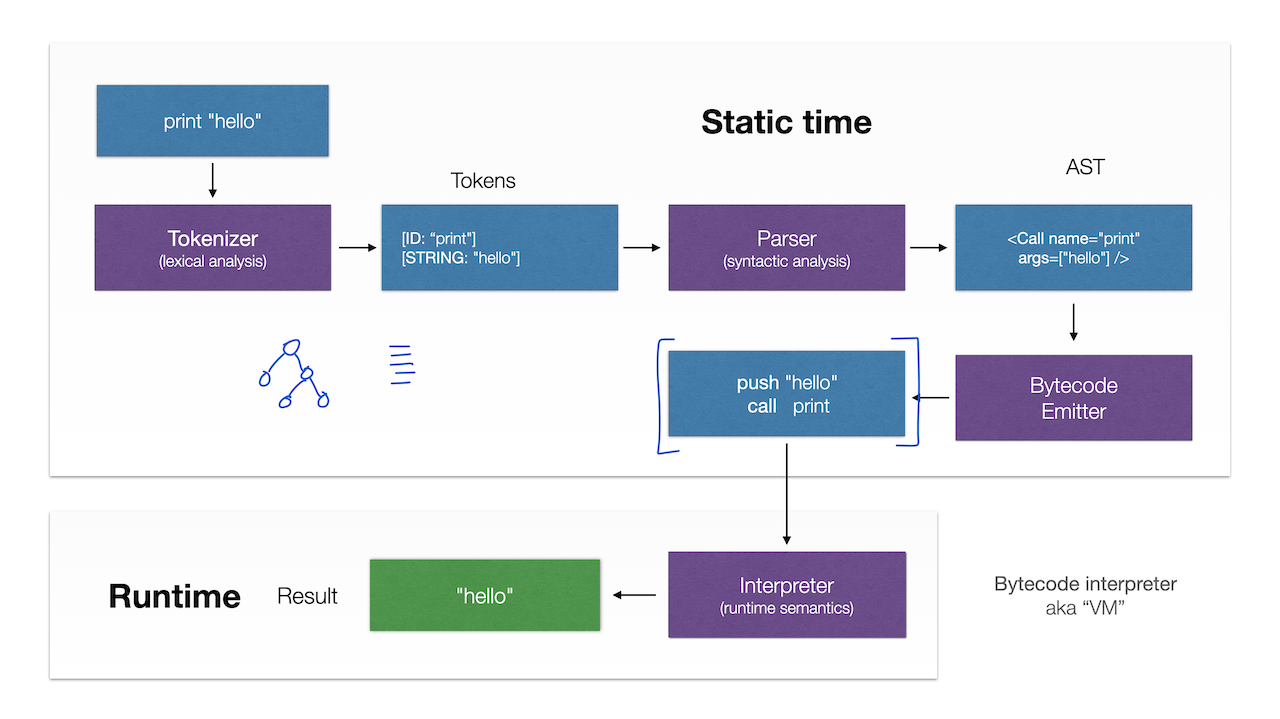 The main features of these lectures are:

What is in the course?

The course is divided into five parts, in total of 29 lectures, and many sub-topics in each lecture. Below is the table of contents and curriculum.

In this part we describe compilation and interpretation pipeline, starting building our language. Topics of Stack and Register VMs, heap-allocated objects and compilation of the bytecode are discussed.

In this part we implement control flow structures such as if expressions and while loops, talk about Global object and global variables, nested blocks and local variables, and also implement a disassembler.

In this part we start talking and implementing function abstraction and function calls. We describe concept of the Call stack, native and user-defined functions, and IILEs (Immediately-invoked lambda expressions).

In this part we focus on closures implementation, talking about scope and escape analysis, capturing free variables, and adding runtime support for closures.

This part is devoted to the automatic memory management known as Garbage collection. We discuss a tracing heap and implement Mark-Sweep garbage collector.

In the final part we add support for Object-oriented programming, implementing classes and instances. In addition we build the final VM executable. 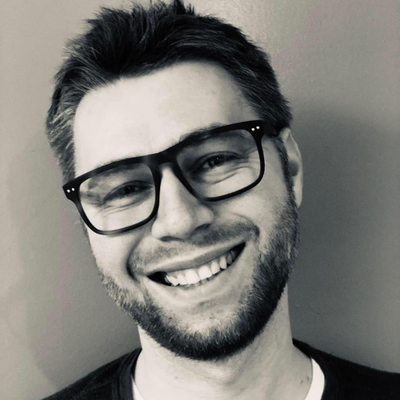 Dmitry Soshnikov is a Software engineer, and a lecturer on different computer science topics.

He is passioned about education, and focuses on high-quality educational content: concise and straight to the point animated lectures with live-editing notes.

When does the course start and finish?
The course starts now and never ends! It is a completely self-paced online course - you decide when you start and when you finish.
How long do I have access to the course?
How does lifetime access sound? After enrolling, you have unlimited access to this course for as long as you like - across any and all devices you own.
What if I am unhappy with the course?
We would never want you to be unhappy! If you are unsatisfied with your purchase, contact us in the first 30 days and we will give you a full refund.
off original price!

The coupon code you entered is expired or invalid, but the course is still available!